Last week, my day job as editor of Halifax Magazine took me to the state of Vorarlberg in western Austria. (Read this for background on why I went, and look for my reports from the trip in the magazine this fall.) As you might expect, I seized the opportunity to sample a lot of new beer. I tend to gravitate to IPAs and stouts, so this trip let me explore some styles that I don’t usually take very seriously. (You don’t see many pilsners on my best-beer lists). Read on for my four favourite Austrian brews from the journey, and one unforgettable Belgian bonus. 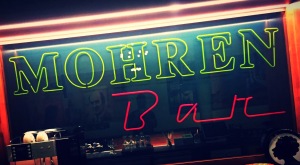 Mohren Pilsner by Mohrenbrauerei August Huber at the Mohren brewery tasting room in Dornbirn, Austria. I had an ungodly number of pilsners and this one, sampled at the end of a marathon tasting session at the Mohren brewery, was the best by a wide margin. Light and surprisingly hoppy, clean and refreshing. “This is the beer for fathers to drink,” said our guide. High quality, tasty, and accessible—these sorts of beers are the future of Atlantic Canadian craft brewing. 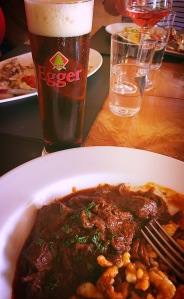 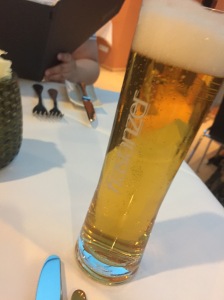 Frastanzer Kellerbier Bio by Brauerei Fratanz at Montforthaus in Feldkirch, Austria. Billed as the state’s first 100% organic beer, this unfiltered little beaut is light and zesty, with just enough sweetness to balance. The quintessential Alpine beer—I could drink it all day. A couple of these are excellent hiking fuel.

Mohren Pale Ale by Mohrenbrauerei August Huber at the Mohren brewery tasting room in Dornbirn, Austria. After several days of lagers, pilsners, and radlers, I almost swooned when the guide handed me a hoppy APA. Rich floral nose, with a big pop of citrus—smells like a hot day on a tropical island. Dry and bitter, with subtle but persistent piney notes, quaffable but memorable. An excellent take on a style that’s rarely brewed in the region. Fine craftsmanship. 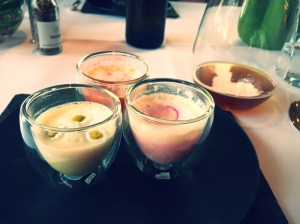 Bloemenbier by De Proefbrouwerij at Schwanen Biohotel in Bizau, Austria. The restaurant at the Schwanen specializes in organic locally-sourced dishes, and the highlight is the seven-course Wilde Weiber wine-pairing dinner. Host Emanuel Moosbrugger is a drink-pairing wizard; when he heard I was a beer guy, he added something special to the mix. He poured this light and floral Belgian herbed ale alongside the soup course. It perfectly complemented the bright and earthy flavours of the fresh tomato, radish, and daisy soups. I didn’t so much taste the beer as just feel it tingle and explode in my mouth: light, sweet, delicious, tart, salty—and all happened at once. If you’re ever nearby, visit the Schwanen—it’s the kind of culinary experience you’ll brag about for years.

~
Regular contributor and guest reviewer Trevor J. Adams is senior editor with Metro Guide Publishing and the editor of Halifax Magazine. In 2012, he published his first solo book, Long Shots: The Curious Story of the Four Maritime Teams That Played for the Stanley Cup (Nimbus Publishing). You can see what Trevor is drinking on Untappd and follow him on Twitter.