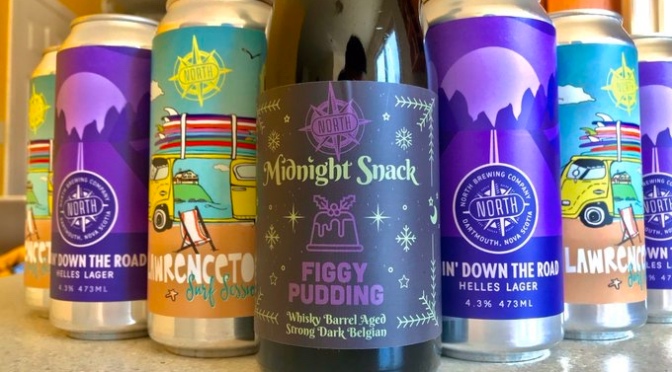 Charlo, NB’s Shiretown reopened this past Summer after a priori of suspended operations and we couldn’t be happier. Reds, browns, IPAs — Shiretown runs the range, but their new Venezuelan Express Porter is a great addition.

Appearance: Inky black, with faint ruby highlights around the edge when held up to the light. Thick, creamy beige-brown head that’s long lasting.

Aroma: The nose is coffee and milk chocolate dominant. Theres a light fruitiness that sneaks in.

Flavour: The first thing is dark roast coffee, right up front. Then there’s dark chocolate with just a hint of booze. The finish is a lingering toasty-fruity flavour on the tongue.

Mouthfeel: The texture is creamy and smooth. Medium-light body with light carbonation. 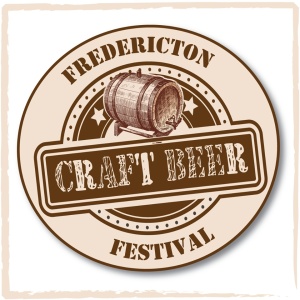 Last Saturday (March 7), Matt and Trevor joined hundreds of other craft-beer lovers at the Fredericton Craft Beer Festival. Simply put, it was a great event. The location, layout, and staff and volunteers were wonderful. The simple things like dump and water stations were plentiful and well positioned. Even the attendees were well behaved, with most of them obviously there for craft beer and not a marathon of pounding beer 4 ounces at a time. We’re already making plans to return for the 2016 editions. We raise our glasses to the organizers and staff and can’t wait to see how the rest of the beer fest season compares.

(Somerset, Nova Scotia) Mosaic Double IPA: Big, but balanced with an aggressive pine nose that caries into the flavour along with some citrus and dank.

Big Spruce Brewing (Baddeck, Nova Scotia) UnRYEvaled Chocolate Rye IPA: Slight roast/chocolate, and a bit of spice, but the hops are the showcase.

Big Tide Brewing (Saint John, New Brunswick) Bucht Bock: Malty without being too sweet like some bocks can be. This would be drinkable (and dangerous) by the litre.

Barnone Brewing (Rose Valley, Prince Edward Island) IPA: Fresh and hoppy without being over the top. An easy drinking, well made beer.

Garrison Brewing (Halifax, Nova Scotia) In Session ISA: Garrison just released this new session ale at the Savour Food & Wine Festival in Halifax last week, so I was delighted to get another chance to sample it in Fredericton. Low-alcohol and super hoppy, it’s proof that a session ale can have big flavours. This one is going to be popular.

(Fredericton, New Brunswick) Winter Blues Cider: I’m a sucker for a craft cider, so I was really looking forward to sampling from Red Rover, and this tart, spicy cider far exceeded my expectations.

Barnone Brewing (Rose Valley, Prince Edward Island) Pale Ale: There were a lot of pale ales at the festival, and this was the best by a country mile—a nice nose of fresh hay, slight malts and hops, perfectly balanced; refreshing and delicious.

Hammond River Brewing (Quispamsis, New Brunswick) Breakfast Stout: My unrestrained Untappd review called this a “pretty well perfect” stout and I stand by that. Flavours of bacon and milk chocolate, rich without being boozy—the best stout I had all night.

Best Brewery of the Festival


We actually intended to give you two different picks here, but it turns out we (Matt and Trevor) both picked the same brewery, and neither of us was willing to budge. Our unanimous pick for the Best Brewery of the Festival is Prince Edward Island’s Barnone Brewing. We liked every beer we had from them, and despite our commitment to sample as many different breweries as possible, we just kept going back to them for more. “The three beers I had from them make my top ten: IPA, Pale Ale, and Sessions IPA,” says Matt. “All balanced, flavourful, and well made. I can’t wait to start seeing these beers in a store nearby soon.”

Were you at the Festival? What were your favourites?